For many years The Marsam was known as Sheikh Ali’s hotel, because it was Sheikh Ali Abdel Rassoul who established it in the 1940s. It was he who developed this location as a meeting point for artists and Egyptologists from all over the world, as well as for all those who fell for its charm.

A place with a name of legendary reputation 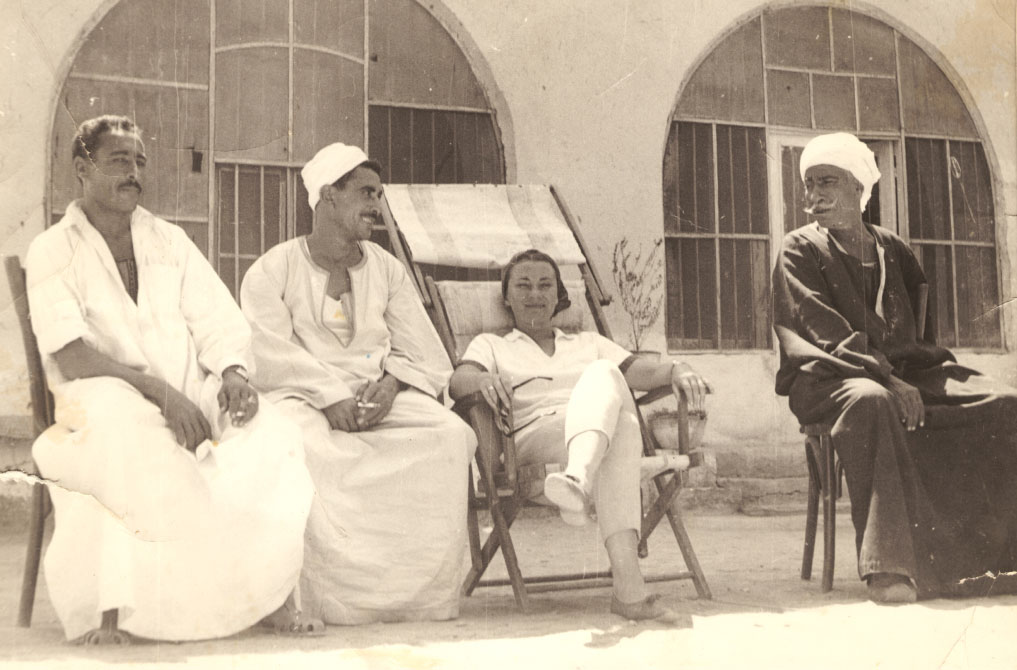 Sheikh Ali, a descendant of the famous Abdel Rassoul clan, was famous not just for his hotel, but also for his vivid and spontaneous personality. Many guests only visited the garden restaurant in the hope of meeting this legendary figure, whose name will always be linked with that of Howard Carter, and with the discovery of the tomb of Tutankhamun in 1922. Sheikh Ali was not only the epitome of Egyptian hospitality, he was also a human link to the old Luxor, with its colourful stories of tomb robbing, smuggling and other dark deeds.

From 1920 The Marsam was the site of the prestigious “Chicago House”, where American researchers did their studies and practical work. After the inauguration of the “Metropolitan House” near the temple of Hatshepsut at the end of the 1930s, “Chicago House” moved across the Nile to the city of Luxor. That enabled Sheikh Ali to take over the whole building  The original „Chicago House“, remains in good condition, and these days is incorporated into the entrance wing of The Marsam.

Like nearly all members of his family, Sheikh Ali had long worked with the excavation missions in the Theban necropolis. Most of these missions did serious scientific work, and recorded robberies of artefacts were few and far between. Nevertheless, the name Abdel Rassoul appeared more and more often in stories about hidden treasures. True or not? Nobody knows for sure.

But one true story made headlines all over the world: the story of the hidden mummies in a cachette at Deir El Bahari. 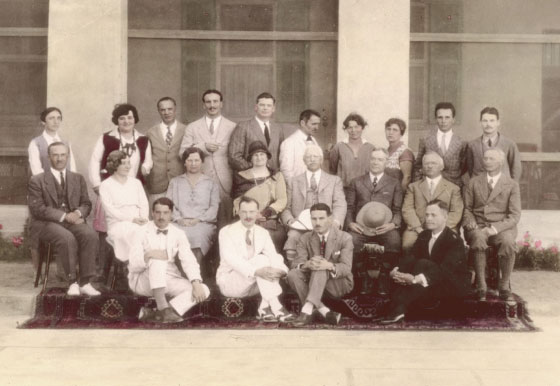 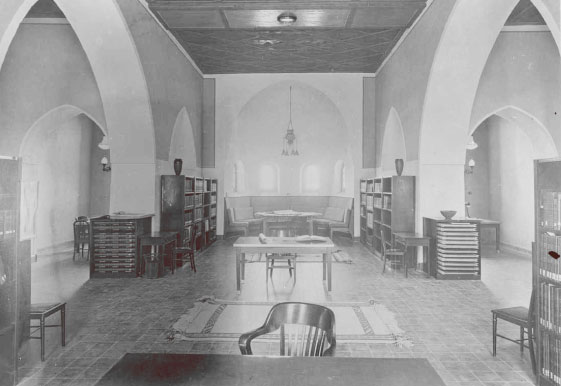 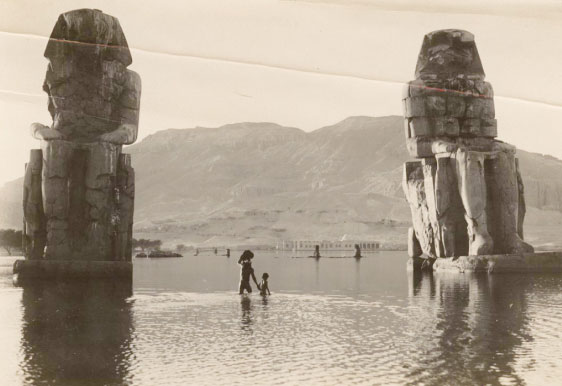 In 1871 Sheikh Ali‘s ancestors Mohamed Abdel Rassoul discovered a hidden shaft in the steep mountains to the west of Luxor.

The Abdel Rassoul family showed to the government the hidden place in 1871, where in about 1000 B.C., Egyptian priests, afraid of ancient tomb robbers, had hidden a number of royal mummies. The officials discovered 40 mummies, most of them kings of the New Kingdom. Among them were Seti I, Rameses II, III and IX, Thotmes I, II and III.  Some of these can now be seen in the new National Museum of Egyptian Civilization in Cairo.

Another well-known character was the grandfather of Sheikh Ali. It is said that together with the adventurer Giovanni Battista Belzoni, he discovered and excavated the tomb of Seti I. While Sheikh Ali’s grandfather was working in this tomb, they say he uncovered a secret corridor which led to an untouched door. It was assumed that behind the door was the secret treasure chamber of the King. But the authorities did not give him permission to open the door: so whatever lies behind it remains a secret.

As an enthusiastic excavator and art lover, Sheikh Ali had the idea to develop his Qurna residence, in order to create a place where Egyptian and foreign scientists, researchers, students, artists, and craftsmen – but also tourists and locals – could get together. A place where they could discuss and exchange their experiences in a peaceful atmosphere and delightful surroundings. In 1941, Sheikh Ali’s idea found a partner in the shape of the artist Mohammed Nagui. The painter was then searching for a location in which to establish a permanent art centre, with drawing studio (marsam) in Luxor. Sheikh Ali’s place was tailor-made for his suggestion. A second building, with large windows to give good light if or drawing, was built, and this became “The Luxor Marsam“ The other building was used as a hotel. Nagui wanted his students from the Faculty of Fine Arts to live and work there, surrounded by the ancient monuments reflecting their historic heritage. 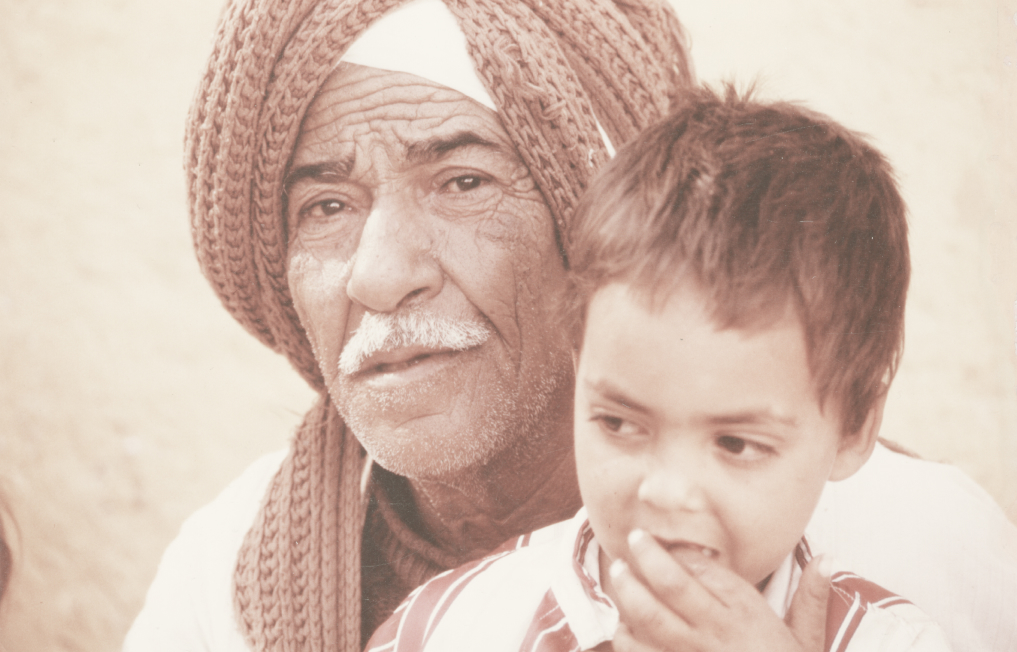 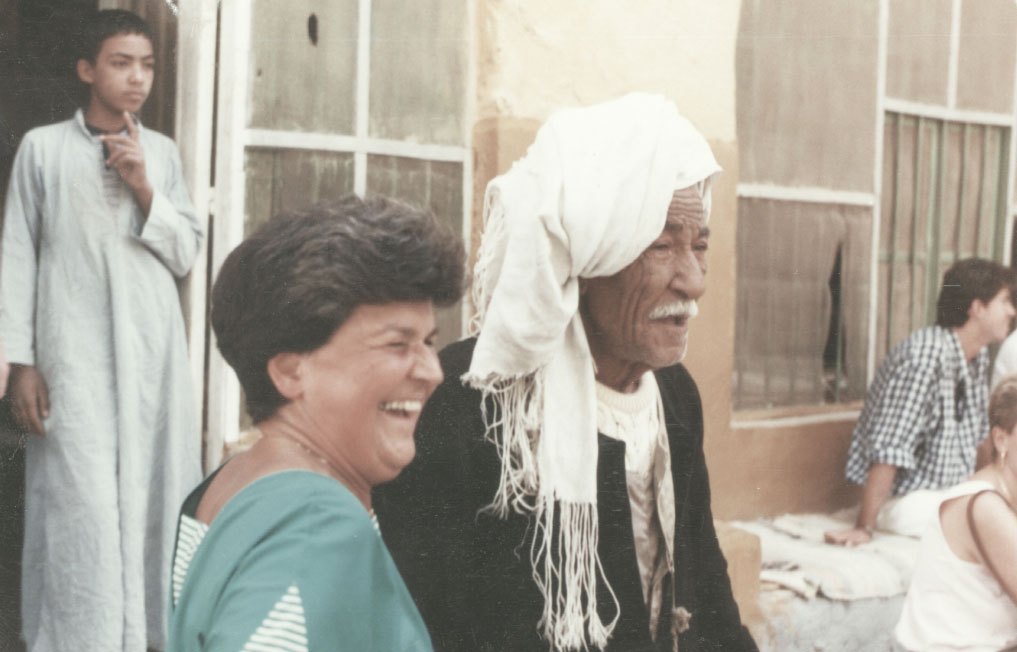 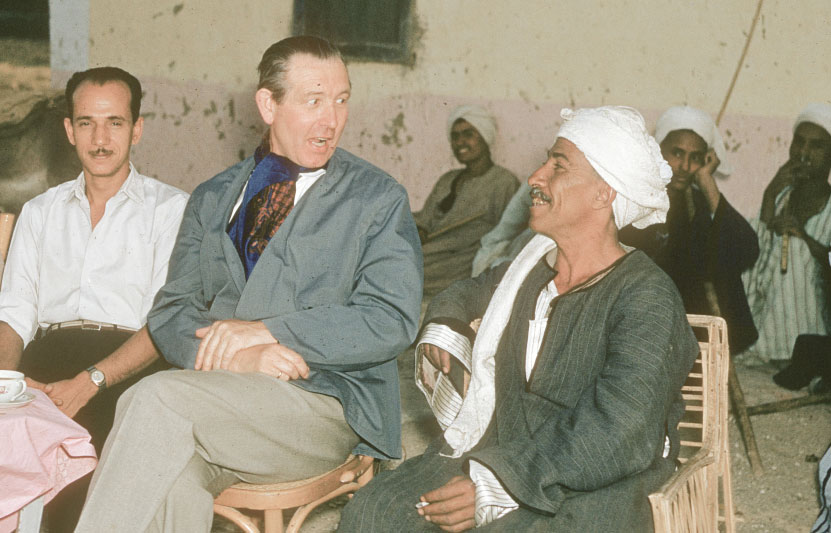 Many guests Visited The restaurant only  to meet Sheikh Ali

“The Luxor Marsam” became something of an Upper Egyptian Montmartre: well-known Egyptian artists such as Hamid Said, Salah Taher and Abbas Shohdi worked there. Egyptologists working nearby also discovered the Marsam, and the renowned architect Hassan Fathy was a regular visitor.

The Marsam has always had a special atmosphere, and one that it retains to this day Sheikh Ali’s gamble, to set up a hotel in such an unusual place, was amply repaid. So even after the art students left, the hotel lived on.

The hotel started with only ten simple rooms in the old “Chicago” building. But over the decades Sheikh Ali’s place became so well known, and so sought-after, that he had to increase the number of rooms. More and more of his guests, who came to Qurna just for dinner, some drinks, and discussions, ended up staying overnight, sleeping under the stars on the wooden benches in the garden – then as now the garden is the heart of the place. In 1970, therefore,  a complete new guest house was built. To match the architectural traditions of the region it was built with thick walls of mud brick, small windows, and domed ceilings.This traditional way of construction had been rediscovered by the late Egyptian architect Hassan Fathy. This style of construction, as well as the materials used, keeps the building cool in summer and warm in winter.

The hotel has beautiful views: to the west across the recently opened temple of Meremptah to the mountains that hide the tombs of the pharoahs, and to the east over the fields to the Colossi of Memnon and the ongoing excavation works at the mortuary temple of Amenhotep III.

The new guest house was built for the Italian Egyptologist Sergio Donadoni and his team. The building works were supervised by Sheikh Ali’s brother Ahmed, who had worked as a foreman with Hassan Fathy during the construction of the village of New Qurna. Meanwhile there have been no recent alterations to the eight small double rooms and the roof garden, apart from some renovation work and new furniture. Unchanged are the beautiful natural colours throughout, and the simple traditional furniture made of palm. No wonder Professor Donadoni prefers The Marsam to the modern five star hotels whenever he’s in Luxor.

marsam today
Cookie-Manage consent
In order to provide you with an optimal experience, we use technologies such as cookies to store and/or access device information. If you consent to these technologies, we may process data such as browsing behavior or unique IDs on this website. If you do not give or withdraw your consent, certain features and functions may be affected.
Manage options Manage services Manage vendors Read more about these purposes
View preferences
{title} {title} {title}